6 Best Games To Play With Your GTX 1080 Graphics Card 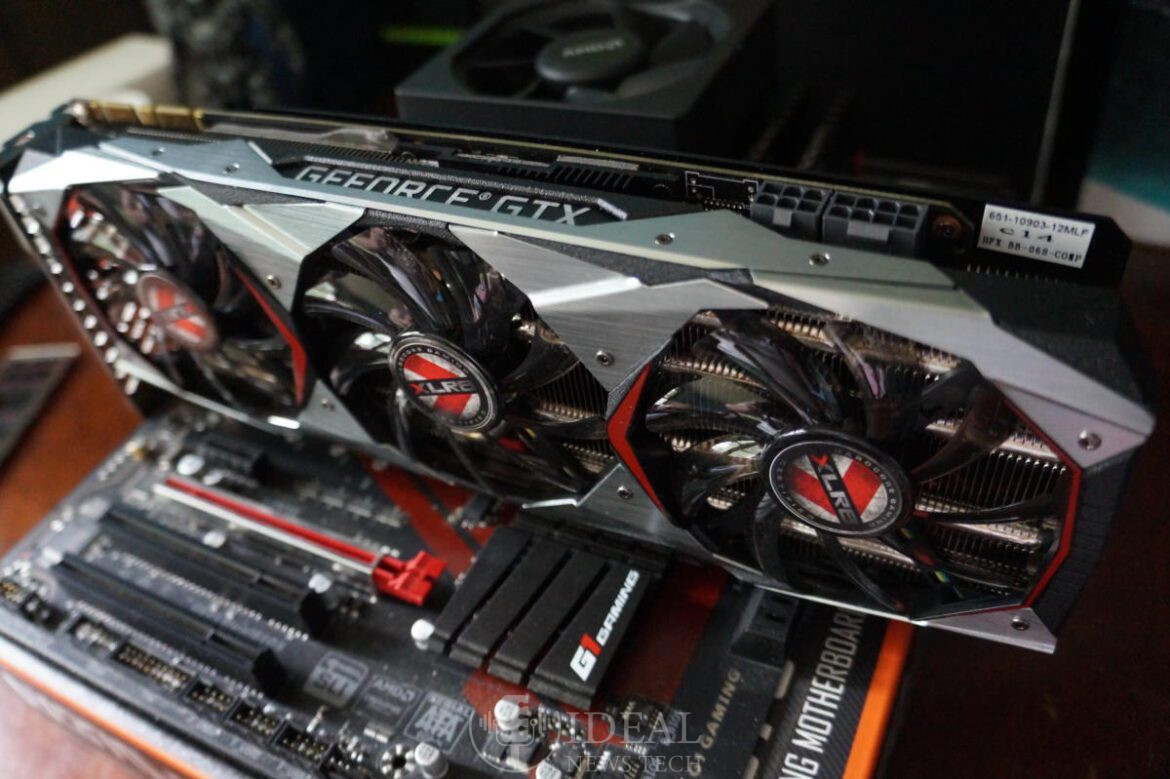 The 20 and 30 series of NVIDIA graphics cards have been launched. There are numerous graphics cards in these series whose benchmarking results shocked the entire gaming industry. But people have forgotten the 10 series where the dream graphics cards of gamers are present.

So this article is related to the 10 series because numerous gamers still have these graphics cards installed in their PC Builds. So I am going to list some games released in 2021 that run perfectly on GTX 1080 graphics cards.

I want to mention this GTX 1080 because it was the last card of the series whose benchmarking results were amazing. Let’s see which games of 2021 can fight with GTX 1080. Before revealing the games, let me reveal the memory numbers of the GTX 1080 graphics card. This is the powerful GPU of the 10 series, but it doesn’t show DLSS and Ray-Tracing (RTX) in games because these features weren’t introduced.

These are the complete specs of NVIDIA GeForce GTX 1080. I’ll reveal the games later, but revealing the specs is essential because you must be familiar with the numbers.

Base and Boost Clock

NVIDIA GeForce GTX 1080 is an 8 GB graphics card with a Base Clock of 1607 MHz. Having a higher Base Clock is necessary because your graphics card can easily bear the visual’s load in games. So if your Base Clock is high, your basic visuals are easily calculated and executed. So 1607 MHz is a pretty impressive number for people who love to play games on ultra-high graphics.

When a visual’s size is large, and your graphics card’s Base Clock cannot handle that, its Boost Clock comes into play. This GeForce GTX 1080’s Boost Clock is 1733 MHz. So if visual’s data is out of control by your Base Clock, your Boost Clock helps in execution.

So 1607 MHz Base Clock and 1733 MHz Boost Clock are best for performing the graphical calculations in different games and applications like Adobe Premiere Pro, Camtasia, and Filmora.

2560 CUDA Cores are well enough to handle the load of heavy games like Apex Legends and Fortnite. I’ll reveal the benchmarking results later, but 2560 CUDA Cores deliver the best speed in games on max settings.

Your graphics card’s memory type is the most important factor for measuring the graphical elements. This GTX 1080 owns a GDDR5X memory type which wasn’t available in the previous graphics cards.

GDDR5 was the common memory type in the previous graphics cards of the 10 series, but when NVIDIA released this GTX 1080, they introduced this GDDR5X type whose working was faster than others.

GDDR5X measures the graphical elements on 10 GB/s, whereas GDDR5 measures 8 GB/s. So 2 GB/s is the difference that becomes pretty high when your graphics card is loading a lot of textures and pixels Gush Stock.

These 2 things are important because your GPU is primarily dependent on them.

ROP stands for Rendering Output Units, and it’s a memory parameter that delivers the results after execution. When your graphics card’s CUDA Cores and other memory calculators have calculated the graphical data, it is delivered by these ROPs. You get 64 ROPs for getting faster delivery after execution.

So these were the primary memories of GTX 1080, and let’s dive into the benchmarking results of this graphics card.

These 2 games start with “a,” and that’s why I mentioned them together. These latest releases require a high-quality graphics card to run smoothly. In Assassin’s Creed Valhalla, you get 55-60 FPS on average, which is pretty good because Assassin’s Creed Valhalla’s release date is 2020. If this GTX 1080 graphics card can run a game with such FPS, it’s pretty much powerful.

In Apex Legends Season 8, you get 130-140 FPS on average. Season 8 was released later, but GTX 1080 hasn’t disappointed by achieving this high number in FPS. Assassin’s Creed Valhalla is also released in Android Version, so visit ATOZ APK for downloading this game on your Android. If you don’t have Android, stick with this GTX 1080 because it never disappoints.

In Overwatch, you’ll be surprised after the benchmarking results you get through this GTX 1080. I’ll not talk about 1920×1080 pixels. I’ll only talk about 2K and 4K results because of GTX 1080’s immeasurable power. So you get 128 FPS on 2K and 70 FPS on 4K in Overwatch. This game also has the DLSS and RTX quality, but GTX 1080’s RTX quality is low, so don’t expect a brighter image on GTX 1080 while DLSS and RTX are enabled.

For this, you need to read the 7 Best Graphics Card For Over watch study. You’ll find your answers on this website’s page, so open that page in a hurry because you will read mind-blowing information about graphics cards.

So these are the favorite games of several players, and this GTX 1080 allows you to play on 2K and 4K quality. If you are looking for more graphics cards, you can check our website daily. Hopefully, you’ll find some impressive information.