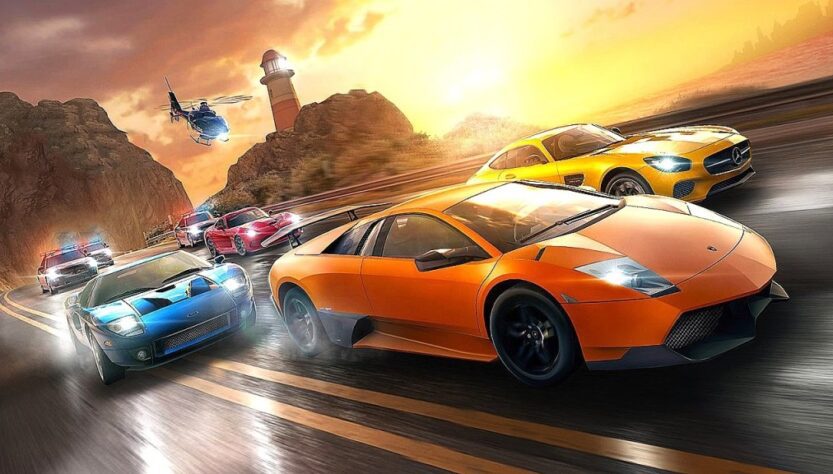 What is required for a car racing game to leave a thrilling and satisfying experience? To the least, excellent speed and controls, outstanding graphics and for sure some detailed sound effects and good music. It’s really fulfilling to hear the roar of a throttling engine and the sounds of frictions when the car turns in a race!

For the car racing game lovers, now it’s time to have an adrenaline boost in 2022. So, if you love to play car racing games on your android, check this list and get ready to control the wheel.

The Asphalt series is one of the best and the most popular car racing games for many years now. It has excellent gameplay and great control and also the graphics are amazing as well.

Soon Asphalt 9 will get some big updates and will be available for download in the play store. With the upcoming update to Asphalt 9, Gameloft will include some improved graphics, options for licensed cars, and in-app purchases to boost the experience.

Read About: Games That Can Improve Mental Health

F1 Clashes was first released in 2019 as F1 Manager to fulfill the need for a Formula one mobile game. Since then, it is strongly present in the car racing game line. As the 2021 update made some changes to this game and named it F1 clashes, another update in 2022 is fairly expected. While the players remain the same, the cars should be updated with new designs and looks.

With Street racing 3D you can join a street racing commune and drive a chic racing car. This free game has high-quality graphics and wonderful track designs. It will make you feel great to show off your drifting skills and do some crazy stunts. Another wonderful thing is that there is no speed limit. So, you can rush as much as you want with smooth and sensitive control.

CSR Racing was first released in 2012 and the last update was CSR Racing 2 in 2016. With incredible graphics and gameplay, CSR 2 is a great game and includes unique features compared with other car games. For example, to win a race this game doesn’t heavily focus on good steer and acceleration, rather a good start and timely gear changes are crucial. You can choose to form the single-player or multiplayer versions.

Though there is no official announcement, it is highly expected that CSR 3 will be available in 2022 with exciting features.

Clash for speed is a unique 3d racing game. With This combat racing game, you will be thrilled by fighting while drifting in 5 unique game environments. While you can choose from the amazing tracks, you can build your own 3D tracks and take down your rivals. You can also place some obstacles to make it difficult for your opponent to adjust. While you race with heavily armed cars you can update them to become deadlier using the bounty you win from the race.

You can guess from the name this game is not a usual car racing games. But it’s a good idea to try a different driving environment. To take a vacation from the urban tracks and drive with purpose on the rural farmland Farming Simulator 22 is a great option. The mobile version is yet to be announced but with the trend of the release of a mobile version every 2 years, it is expected that we will get another updated version in 2022. While the previous version was a satisfactory title, the newer one should come with improved graphics and sounds. Also, more options should be added for tools and equipment

Real Racing 3 is a highly popular game that is easy to play and available free in the play store. The race tracks are real cities around the world. In thrilling races, you can compete in the cities like Paris, Tokyo, London, Chicago, Macao, Cairo, and more. In Real Racing 3D you have the option to choose from various racing modes from Career, Tournament, Time Trial, Elimination, and 1 V/s 1. This game has incredible supercars with which you can do extreme drift stunts while driving in real tracks and real traffic. If you want to race with your friends you can use the Wi-Fi to play the multiplayer modes.