Home » What are Klimt’s most popular paintings?

What are Klimt’s most popular paintings? 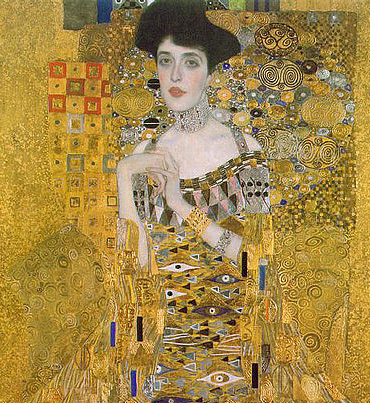 The Austrian painter Gustav Klimt is one of the most significant painters of his time, and his beautiful and often opulent artworks continue to amaze and captivate audiences to this very day. Gustav Klimt art is characterized by his bold use of human form harmonizing with geometrical, decorative shapes. Gustav Klimt drawings and paintings often show overtly overtones, which infuriated some people of his time.

The Kiss is the most famous of the Gustav Klimt paintings from the Gold period and is also one of the world’s most recognizable artworks, The Kiss was an incredibly valuable piece even before it reached the astronomical prices of the late twentieth-century auctions. Intricately crafted with gold leaf, the painting celebrates art for art’s sake and love for the sake of love.

Owing much to the Byzantine mosaics Klimt had seen on Ravenna, The Kiss is far from a reproduction. The Byzantine mosaics of the 6th and 7th centuries are devotional works of self-absorption and dedication. Klimt, on the other hand, secularizes the style. He replaced the figure of God for that of the beauty of art and love as the figures combined in an embrace echo the rhythms and dynamism of the ornamental design.

Gustav Klimt’s Portrait of Adele Bloch-Bauer I, currently in the Neue Art Gallery in New York, was once the most valuable painting in the world, last sold at auction for $135 million.

Appearing fragile between a sea of gold and luxury, Klimt paints the wife of a sugar magnate as shaped and mutated by the wealth that surrounds her. It is as if Adele Bloch-Bauer is lost in a Gustav Klimt golden forest. This proud lady of the Vienna salons revered the works of Klimt and built up a collection of five of his pieces over her short life.

Gustav Klimt’s Tree of Life, part of the Stoclet Frieze, is a wonder of Art Nouveau style and substance, unifying elements of the Symbolist movement with Byzantine mosaic and devotional artworks. As in many of his works from the Gold period, Gustav Klimt renders the subject flat, with little sense of depth, unwilling to conform to any simple reproduction of perspective.

The Tree of Life was part of the Stoclet Frieze, along with two other mosaics commissioned for the Palais Stoclet in Brussels. Spread across the Stoclet dining room walls, the works were created using a range of luxurious materials such as marble, pearls, semi-precious stones, and gilded tiles.

Judith and the head of Holofernes (1901)

In this artwork, Judith casually, almost indifferently, holds the head of General Holofernes after seducing and killing him to save her home from destruction by the marauding army. So goes the Biblical tale. No simple reproduction of the biblical story, Klimt renders the subject as flat against the ornamental frame, owing much to Byzantine art and icon painting.

Beech Forest in Buchenwald is a vibrant work shimmering with life. Contrasting with Apple tree I, which depicts an uncertain bloom at the height of Spring, Beech Forest Buchenwald represents the natural world in winter, with the vibrancy and energy of summer. The texture of wet wood and sodden leaves is as tactile and present as the light source against the bark.

Three Ages of a Woman is a striking artwork representing the circle of life. It shows three figures: an older woman, a young woman, and a baby. The young woman holds the baby in her arms; both have calm facial expressions and are enfolded by a soothing aura of predominantly blue and white forms. On the other hand, the older woman has her face covered by her hair and hands in a melancholic body expression and stands alone, wrapped in a more ominous aura of red, black, and yellow tones.

Begun in the final years of World War I, Klimt’s Lady with Fan imagines a stark and colorful portrait of Frida Kahlo. In a noticeable departure from his opulent and bombastic Gold period, the artwork brings to mind the overpopulated natural lands of his landscape production. Klimt was working on two paintings in his studio in Hietzing when he suffered a fatal stroke, shortly before setting out for his daily walk amongst the flowers. One of those works was the Lady with Fan.

For the artist, the reproduction of natural scenes, perhaps in his much-loved holiday spot in Attersee, came during his later career as his gold phrase that produced works such as The Kiss and the Portrait of Adele Block-Bauer was on the wane. It is as if the tree itself was lost in the foliage of the foreground. Klimt initiates a game of depth, as the purple violets appear to occupy the same spatial plane as the ruby red apples behind.

This article covers some of the most enticing paintings created by the modern master, although it is safe to say that Klimt’s oeuvre is filled with many other masterpieces. From captivating landscapes to sensual nude oil paintings, Klimt created a unique world of golden and colorful imagery that captivates audiences to this day.