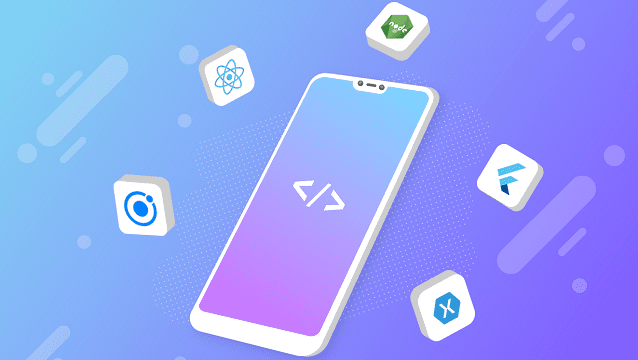 These types of applications are designed to run on particular platforms, such as Android, iOS, and Windows. The main objective of creating these applications is to make sure they deliver the best performance. Also, they can run offline as well.

Web-based applications are written with HTML, CSS, and JavaScript. To use these applications, you will need internet connectivity. They require very less storage, as the data is stored on a data basis on the internet servers.

So by now, you would have understood what are the differences between the various types of mobile applications. It’s time to now move forward and know about the top 5 App development frameworks.

Mobile Angular UI is a framework used for mobile UI development. It makes use of Angular and Bootstrap to build HTML 5 hybrid mobile applications. So for those who are already familiar with angular and bootstrap,  using mobile angular UI is just a piece of cake.

Titanium is an open-source framework that was developed by Appcelerator. It can be used to build native applications for various platforms such as Android, iOS and Universal Windows platform. Titanium makes use of a single JavaScript codebase.

The native script is an open-source platform, which is developed by ‘Progress’ and was released in the year 2014. Using a native script, you can build both iOS as well as Android Applications. The apps created using the native script are built using JavaScript and TypeScript and they are totally native.

The Phone gap framework is owned by Adobe systems. Initially, the Adobe phone gap was created Nitobi 2011 and was called ‘Apache Cordova’, but later Adobe purchased it and relaunched it as Phone Gap. With the help of this framework, you can create an app using HTML 5, CSS 3 and JavaScript. It is an open-source framework that can be used by anyone and is free of cost.

How To Use People Finder Tools to Research...

Misunderstandings About Data Science in the Fintech Industry

How to Pick an Affordable Mechanical Gaming Keyboard