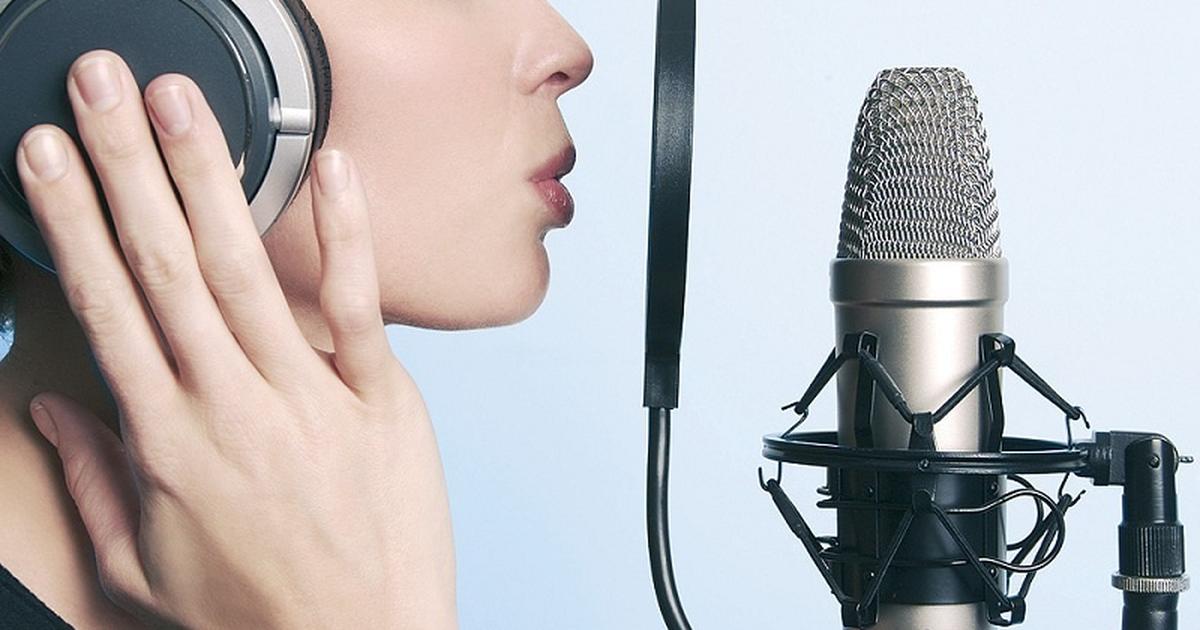 You might think of “voice over” as another term for “voice recording,” but the truth is that not all voice recordings are considered voice overs. Most forms of media use some sort of voice over. If you are asking what voice is over, it is a piece of audio that is in a film, another type of video piece, or an audio piece.

In a film or other video or in an audio piece, any type of narration or voice that is heard but not seen is a voice over.

Voice overs can more accurately be described as voice recordings with certain characteristics. While a radio interview could be called a voice recording, it wouldn’t’t make sense to call such content a voice over.

In addition to entertainment, voice artists also provide recordings for other kinds of content such as e-learning, public service announcements, and corporate videos and presentations.

What Do Voice Actors Do?

In 2021, voice actors work on a wide range of projects and at different scales.

Some voice actors are known specifically for their voice work, while others develop a reputation as conventional actors before branching out into voice overs.

Actors who are still looking to break through may have a day job while recording professionally on the side.

It can be challenging to get full-time work as a new voice artist, and freelancers often move from one project to another with little continuity.

Many people get started in voice acting. Voice actors are split among a variety of fields, and the market is continuing to adjust to the growth of new types of media.

A 2019 report found that voice over work for e-learning grew by 10.4 percent, while work on internet videos increased by 13 percent.

If you think you have a good voice, finding a field that isn’t receiving much attention can be a great way to get your name out there.

While some TV and film voice artists earn millions of dollars per year, you don’t need to work in entertainment to have a successful career as a voice actor.

More and more voice actors are moving away from conventional agencies to pursue voice over work as freelancers.

Read More: Tips On How To Become A Successful Voiceover Artist

Freelancing is sometimes unpredictable, but it can also be highly lucrative and it gives voice artists more flexibility than ever when it comes to applying for and working on voice acting projects.

Professional voice actors focus on developing the most important skills for the particular fields they’re working in.

Of course, every voiceover artist relies on some fundamental vocal and technical skills that transcend any individual kind of voice work.

Dubbing is another common form of voice acting in which an actor records a script for an onscreen character that is then synched to the lip movements of that character (otherwise known as “lip-sync”).

This is a common practice for content that was originally created in another language and/or animated movies.

Many voice professionals need to develop their range in order to be marketable for different opportunities.

Working on a wider range of projects makes voiceover artists more likely to find well-paying voice acting jobs and make a name for themselves in the field.

An artist might record voice overs for any of these forms of media:

Depending on the kind of content involved, promotional work may be dramatic, comedic, informative, or more conversational in tone.

Clients will look for an artist whose voice matches the style they have in mind as well as the message and values of their brand.

Similarly, different ads can run from as short as a few seconds to as long as several minutes.

The advertising industry had seen a decade of consistent growth until the coronavirus pandemic hit in 2020, and it’s expected to keep expanding in the near future.

Audiobooks are becoming more and more common every year, and most popular books are now available in an audiobook format. Many voice actors learn how to become an audiobook narrator.

Like other forms of media, books can range from informative and technical to comic and dramatic, so different voice actors are naturally suited to different types of audiobooks.

In many ways, recording an audiobook is similar to other kinds of projects including narration for various forms of content such as TV, movies, and video games.

Narrators are typically responsible for conveying a story without acting out a particular role.

Skilled narration artists know how to match the style of the script they’re reading and keep their audience interested in the content.

Entertainment work can be incredibly lucrative for professional voice over artists, and it also gives them a chance to be more creative.

Like conventional actors, voiceover artists have the opportunity to explore their range and perform in both dramatic and comedic contexts.

With that being said, entertainment projects can also be very competitive, and this is a tough field for novice voice actors to break into.

The industry is expected to nearly double in size from just 2019 to 2026, opening up countless new opportunities for skilled artists.

E-learning is another area that relies on narration to communicate course material and create an aural connection with what the students are learning.

This is particularly helpful for auditory learners who learn best by hearing something rather than by seeing it or writing it down.

These are some of the most well-known voice acting opportunities, but voiceover artists might also be involved in other projects including:

Among many other applications.

Some of the most well-known (and well-compensated) recent voice actors include Dan Castellaneta (Homer Simpson), Billy West (Fry), and Mark Hamill (the Joker).

Stars in popular animated shows like the Simpsons, Futurama, and Family Guy often earn tens or even hundreds of thousands of dollars per episode.

Thank you for your reading. Good Luck!

Why Dolores encanto is a highly acclaimed Animated Film

Best Bollywood Movies to Watch in The Coronatine Situation