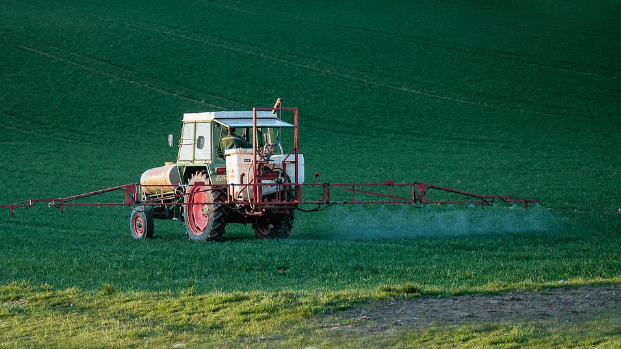 Herbicides are one of the most commonly used tools in agriculture. They help farmers control weeds, which can compete with crops for water and nutrients and reduce yields. However, some herbicides are controversial, and their use is banned or restricted in many countries due to concerns about their safety. Here are some of the most controversial and harmful herbicides that should be banned from farm work.

Paraquat is one of the most controversial and harmful herbicides available on the market today. Its use has been linked to a number of serious health problems in humans, including cancer and Parkinson’s disease. In addition, paraquat is highly toxic to animals and plants, and its runoff can contaminate groundwater supplies. It is also highly persistent in the environment and can contaminate water supplies. With all these harmful effects, you might be wondering if Paraquat should be banned in the United States and other countries around the world. The sad thing is, despite all of these concerns, paraquat continues to be used in farm work in some countries around the world. In many cases, it is the only herbicide available to farmers trying to control weeds in their fields. However, there are safer alternatives available that should be used instead. Although many countries have moved to ban and plan to ban Paraquat due to its high toxicity, it is still approved for use in the United States and other countries. Although in the United States, a special certification from the EPA is required for using this herbicide.

If you are a farmer who uses paraquat, or if you are considering using it, please take the time to learn about the risks involved. You may be putting your health and the environment at risk by using this herbicide. As much as possible, paraquat should be avoided at all costs and stronger calls for its ban in agriculture should be sent to legislators

Glyphosate is a widely used herbicide that is sold under the brand name Roundup. It is effective at killing weeds but has also been linked to cancer and other health problems. Glyphosate was originally developed by Monsanto, a company that has since been acquired by Bayer.

In 2015, the International Agency for Research on Cancer, a division of the World Health Organization, concluded that glyphosate is probably carcinogenic to humans. As a result, many countries have restricted or banned the use of glyphosate in agriculture.

Although research into the safety and efficacy of glyphosate continues to this day, its widespread use remains controversial. Many farmers and agricultural experts believe that it should be banned from farm work until further studies can conclusively demonstrate its safety and effectiveness.

Atrazine is another widely used herbicide that has been linked to serious health problems in humans. Like glyphosate, atrazine was also developed by Monsanto before being acquired by Bayer. Unlike glyphosate, atrazine is still approved for use in many countries, despite extensive research demonstrating its potential health risks. For example, atrazine has been linked to birth defects and hormone disruption in both animals and humans, making it harmful to the environment.

Like glyphosate, many experts believe that the use of atrazine should be restricted or banned until adequate safety studies have been conducted. Avoiding the use of this toxic herbicide and using environment-friendly alternatives can help protect the environment. Until then, we must do our best to minimize our exposure to this harmful herbicide by avoiding farmland where it is being used and opting for organic food whenever possible.

2,4-D is another herbicide that has raised concerns about its safety. Like glyphosate and atrazine, 2,4-D was developed by Monsanto and is now manufactured by DowAgroSciences.

2,4-D has been linked to cancer and other health problems in humans. It is also toxic to animals and can contaminate water supplies. As a result, many countries have restricted or banned its use.

Although 2,4-D is still used in agriculture in many countries, its safety remains controversial. Until more studies are conducted, we should avoid exposure to this herbicide by avoiding farmland where it is being used and opting for organic food whenever possible.

Chlorpyrifos is a widely used pesticide that has been implicated in numerous health problems, particularly for farmworkers. This chemical has been linked to developmental delays, neurological damage, and respiratory issues. Many scientists recommend that this harmful substance be banned from agricultural use entirely due to its significant risks to human health. Its continued presence on farms poses a danger to workers and consumers alike. With the support of the scientific community, increased awareness among the public, and the backing of lawmakers, chlorpyrifos can be phased out for good.

Chlorpyrifos is a pesticide that has been shown to cause significant harm to human health. This chemical is known to delay development in children and impair neurological function, resulting in delayed reflexes, memory loss, and behavioral problems. Furthermore, exposure can lead to respiratory issues like asthma and bronchitis.

Studies have also associated chlorpyrifos with cancer risk and reproductive issues like premature birth or low birth weight in babies born to exposed mothers. Because this harmful substance is so widely used on farms around the world, farmworkers are particularly at risk of exposure.

Dicamba is highly effective at killing weeds. However, it can also harm other plants that are not weeds. Dicamba can drift through the air and damage other crops that are nearby. Dicamba can also contaminate water supplies and harm animals that drink the water. In addition, dicamba has been linked to serious health problems in humans.

Because of its harmful effects on crops, animals, and people, dicamba should be banned from farm work. There are other herbicides that are just as effective at killing weeds but do not cause so many negative side effects for farmers, consumers, and the environment. Until a convincing alternative is found, dicamba should be pulled from the market so that farmers can protect their crops without harming other living things.

Overall, there is strong evidence that glyphosate, atrazine, paraquat, 2,4-Dichlorophenoxyacetic acid (2,4-D), chlorpyrifos, and dicamba pose serious health risks to humans. Although these herbicides are widely used in agriculture today, many experts believe that they should be restricted or banned until adequate safety studies have been conducted. In the meantime, we can help reduce our exposure to these harmful chemicals by choosing organic food whenever possible and avoiding farmland where these herbicides are being used.

An Alluring Technology to Enhance Your Aesthetic EHR Practice

Ways To Keep Your Household Healthy After New Year

Aprima EHR – the All-in-one Solution for your Medical Practice