written by William Beel 4 months ago 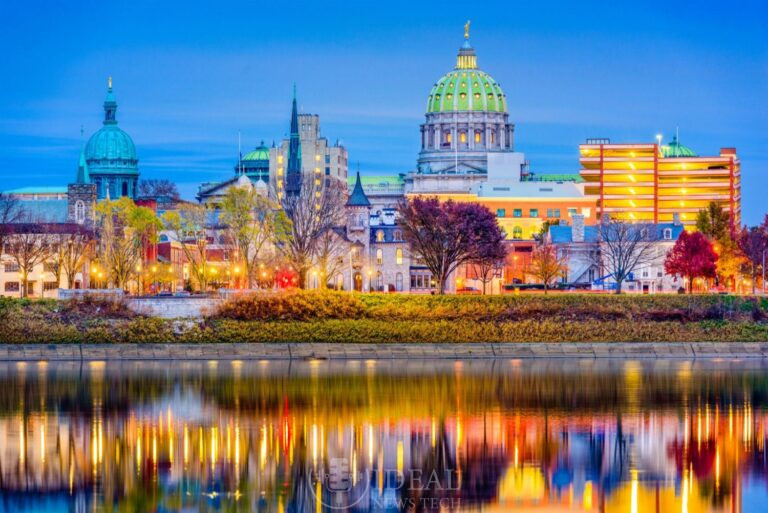 The capital of Pennsylvania, Harrisburg, offers a wide range of things to do, whether you’re staying for a weekend or a month.

It’s unexpectedly picturesque and comes to life in the summer. It’s located on the east bank of the Susquehanna River and features repurposed industrial buildings covered with world-class paintings.

I recently had the pleasure of staying in the city for four days as part of a project with Visit Hershey & Harrisburg, and I absolutely adored some of the region’s more recent additions.

Even though I had grown up in Philadelphia, this was my first opportunity to explore the region on my own.

Whether you enjoy food, culture, or the outdoors, Harrisburg has plenty to offer you. The top things to do in Harrisburg, Pennsylvania, are listed below.

Pennsylvania. A trip to Fort Hunter Mansion and Park will transport you through time while also allowing you to see the stunning 40-acre park on the Susquehanna River’s banks. Although you can explore the site on your own, the best option is to join a guided tour because there is so much to discover.

You’ll be able to see what life was like for the wealthy Americans in 1725 as you go inside the Victorian mansion. The mansion, which is listed on the National Register of Historic Places, served as both a private home and a gathering place for frontiersmen during times of conflict. The Pennsylvania Canal Trail offers views of the remains of more than ten buildings that had stood on the property.

At least one day while visiting Harrisburg should be spent playing at the City Island Complex. It is a park and island that spans 63 acres in the Susquehanna River. The island served as a rest stop for Union soldiers during the Civil War before they crossed the river to protect the city from the Confederate Army.

Due to the artifacts, they uncovered during early settlement days that belonged to the Susquehannock and Iroquois tribes, archaeologists have learned that the island was inhabited even earlier. A minor-league soccer stadium, a golf course, a ball field, batting cages, walking trails, and possibly the greatest view of the Harrisburg skyline can all be found on the island, which is now used for entertainment and relaxation.

You should schedule a trip to the Whitaker Center for Science and the Arts if you’re looking for a distinctive hands-on attraction. There are three floors of exhibitions and activities, offering everything from science to movies to live theatre, music, and dance performances. Even spaces for kid-oriented amusement are included, along with an art gallery.

Hollywood movies are shown on a four-story movie screen; there are interactive exhibits and shows for all ages in the Harsco Science Center; a live performance is presented in the Sunoco Performance Theater; and you can play competitive video games in the Esports area, where you can play against people locally or online.

Due to its proximity to hotels, restaurants, and shops, the Whitaker Center can be conveniently incorporated into a day in Harrisburg.

Cruise on the Susquehanna River

A riverboat tour should naturally be among the top things to do in Harrisburg since the Susquehanna River serves as the city’s focal point. One of the few paddle-wheel riverboats still operating in the US will be your home for the duration of the Pride of the Susquehanna Riverboat Cruise. The riverboat excursion leaves from City Island and runs from spring through fall.

You get a fantastic perspective of the Harrisburg skyline from the lake on the paddle-wheel boat ride. A fantastic approach to gaining a general sense of the city is to take a narrated tour. Depending on what is available at the time of your stay, you might wish to reserve one of the unique themed tours like the murder mystery cruise, wing night, live music excursions, or the Maryland blue crab cruise if you decide to schedule this trip while you are there.

In 2015, the Susquehanna Art Museum moved to a new location in the Keystone Trust Building and undertook an $11 million renovation. It is presently located in the center of Midtown Harrisburg and offers guests more than 20,000 square feet of art galleries and exhibition space.

The museum houses a variety of collections that are intended to highlight local and national and worldwide artists as well as various forms of culture. The structure itself includes artistic elements worth highlighting, such as the 27-foot ceilings, the marble floors, and the 1923 bank vault that has been meticulously repaired.

What are the facts origins Palomino Horse?

Intriguing Solutions for Taking Care of Your Hair

5 Things to Do Before Proposing – Want...

How to Be Smart about Traveling the World

What are the facts origins Palomino...

Intriguing Solutions for Taking Care of...