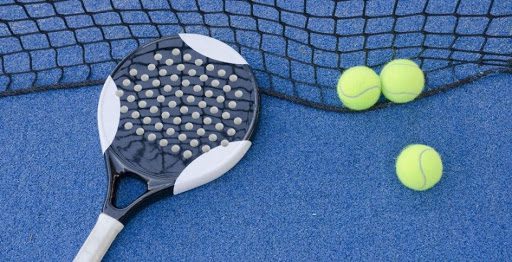 Padel tennis is taking the world by storm. With its ability to provide action, entertainment, and social contact in one package, it is the current fastest growing sport in the world.If you are considering trying pedal tennis, the good news is that it is easy to learn and suitable for all ages and levels. The sport is essentially a cross between ordinary tennis and squash. It is only played in doubles and can be practiced outdoors as well as indoors. After it was officially recognized as a form of tennis, pedal tennis has attracted famous sporting figures and is now played across the globe. Read on in this padel tennis blog to find out more about this fast-paced sport.

What is padel tennis?

Padel tennis is a racket sport that can be best described as a mix of squash and tennis. It is played in doubles on an enclosed court that is about a third of the size of an ordinary tennis court. The pedal court is usually closed using a metallic mesh and netting of up to 4 meters tall. Even if you can play both tennis and squash, you can still enjoy this inclusive, extremely sociable, fast-moving, and fun sport. The biggest advantage of playing pedal tennis, which has also accelerated its popularity, is the fact that it is ideal for all ages, abilities and appeals to all genders. Unlike many other racket games where points are won based on strength and power, padel tennis is a game of strategy and cooperation between players.How to play padel tennisPadel tennis is a relatively simple sport that doesn’t require a lot of accessories. For beginners, the sport is also easy to learn.While the pedal tennis rules are similar to those of ordinary tennis, with pedal tennis, you serve underarm. Precisely, when a ball is served, it must bounce once on the floor then hit from below waist height. Further, players are usually allotted two attempts to hit into opponents’ box whenever it is their turn to serve.

When the ball bounces off the glass panels, you can hit it back into play, winning chances for longer rallies and more fun. In padel, scoring is the same as tennis, where scoring starts at “love”, meaning zero, then 15, 30, and 40. You score when:

Padel tennis matches are the best of three sets, and a set is won when a team wins six games with at least two games difference.

Pedal tennis is one of the fastest-growing racket sports, and centers are popping up in many cities. It is incredibly fun, social, and accessible for all. As long as you have rackets and the right ball, you can start playing. Just make sure to choose the padel racket.

What Are Promo Codes and How to Use It?

7 Tips on How to Plan a Successful Kids Birthday Party