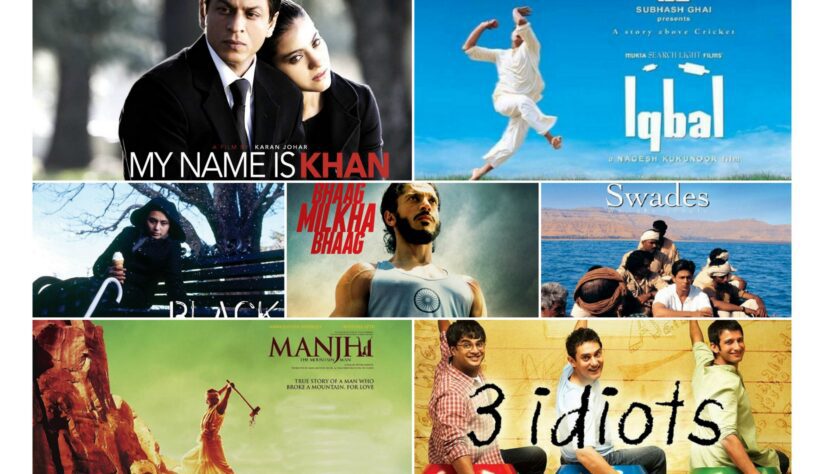 As we all know that these are the days of coronatine and everybody stay at their home and tense. In this tough situation you have to relax your mind and make your mood tension free you have to watch some movies. We gather the list of the movies that is best Bollywood movies to watch in the coronatine situation.

This movie is released in 2009 and picturized on Ranbir Kapoor who is versatile actor of the Bollywood film industry. In this movie he acts as a salesman person and how he changes the world of his own. He just graduated from his college with not very well marks. But he did not disappointed with his low marks and say low marks not stop to dreaming big finally he got a job of salesman. In this movie it showed how the life of salesman in this busy world how the achieve the goals and challenges come to his life. In main characters of this movie Ranbir Kapoor, Shazahan Padamsree, Sharon Prabhakar, Gauhar Khan and Prem Chopra.

Firstly, this movie ignored by most of the people and recommended never to watch because it’s useless story. But on the other side some people liked this movie so much and appreciated. Later on, the good reviews of this movie increased day by day and people recommend this movie to watch. This movie received many awards then people started to watch this movie. The story of this movie is about the wrong deliver of the lunchbox service in Mumbai. First delivery was wrongly delivered to the wrong person and then they started exchange the letters in the lunchbox. And finally wrong delivery made the relationship between two people. The best acting in this movie was a Irrfan Khan who is known as a wonderful and fantastic actor in the Bollywood film industry. In the main cast of this movie include Irrfan Khan, Nawazudin, Siddiqui and Nimrat Kaur.

This movie was released in 2013 and comedy type of movie in which a young boy enjoys his young life and lots of time spend with his friends. And his father who belongs to a Punjabi family always advise him to do some constructive thing in life and stop to go with his friends all time. He always loves to keep moving in bhangra and stay happy with that. You can free watch all your favorite movies on Full Download Movies in the best quality result. This film showed the father and son relationship at that point of life in which a young boy ignoring the advises of his father. Everyone’s life has experienced this moment definitely in this world.

This is the family drama film which is about family type of film and picturized on Kangna. She is also in the list of best Bollywood actresses and the role in this movie of Kangana was very interesting. This is actually a sports type of movie in which how a woman takes a part in her favorite sports along having a family. This film delivers the message to all woman to stay fit after the marriage and showed the very good relationship between the Kangana and her son.

The story of this movie is about the middle-class man of the society who is professionally teacher and applied to buy a new car. In the happiness of buying a new car they quarrel with each other who one will operate with the air condition of the car a front seated driver or the other one. They saving money to buy a new car and finally they got a new car and wave off their bike. In this movie it showed that how a middle-class man struggling to buy a car in his life.

Read More: Everything You Need For The Ultimate Gaming Set-Up